Note: Since I wrote this review last year, PT Reade has revamped and re-edited this book. The latest version is top notch–as is the rest of the series. —Kerry

The hero, Thomas Blume is an hard-drinking American ex-cop with a tragic past. He returns to New York from London to interview the man suspected of killing his wife and son. Being a former cop, he is coerced into helping NYPD Blue investigate the apparent suicide of a former girlfriend. The incarcerated head of the local Russian mob doesn’t want him anywhere near the case. Cue lots of action, car chases, and shoot-ups.

The story proceeds at a fast pace with loads going on. In general, the author handles the threads well,

Minor format changes are needed as the para indents, which are probably acceptable for a paperback, are far too deep for the smaller kindle screen.

In general, the copy editing and proofreading are okay with no major errors noted apart from above mentioned indents and a few unnecessary additional line spaces, which weren’t too annoying.

However, the manuscript is in need of a good line edit. Filtering, passive voice, use of filler words, and over explanations abound. And this did rather spoil my enjoyment. Basically, I didn’t really feel as involved in the action as I wanted to, and that was a real shame.

Overall, the author shows promise and I wish him well.

This review won’t descend into a treatise on writing, but I’ll give one example of filtering in first person prose:

#1 Filter words are in bold. I’ve also included passive voice and and a filler word in there too.

Which sentence do you prefer?  Neither is incorrect and preference is a matter of personal choice. 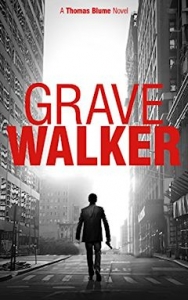 Ex-cop, Thomas Blume returns to New York hot on the trail of the man that killed his family…

But when the body of a former girlfriend unexpectedly shows up at police HQ Blume is suddenly thrust into an investigation to find the murderer and stop them killing again.

Now, in a race against time Blume must solve a riddle from his past and battle through a world of cops, criminals and organized crime… before it’s too late.

Who can be trusted and who will survive?

Find out in the thrilling fifth book of the Thomas Blume mystery series today.