A citizen of the world, he currently lives in a stone cottage in the heart of rural Brittany, which he took five years to renovate with his own gnarled and calloused hands. The cottage is a pet-free zone (apart from the field mice, moles, and a family of red squirrels).

He has three children and four grandchildren, all of whom live in England. An absentee granddad, Kerry is hugely thankful for the modern miracle of video calling.

As a mature student, Kerry earned a first-class honours degree in Human Biology and a PhD in Sport and Exercise Sciences. A former scientific advisor to The Office of the Deputy Prime Minister, he helped UK emergency first-responders prepare for chemical and biological attacks in the wake of the 9/11 atrocities. This background adds a keen scientific edge to his writing.

In a previous life, Kerry was a furniture designer/maker, and he holds swimming and triathlon coaching qualifications.

As the owner of a pristine Honda NC750X, you’ll often find him touring the less well-known regions of Europe in search of interesting locations for his novels.

A life-long sports enthusiast and open-water swimmer, the moment Kerry catches a glimpse of the ocean, it’s off with the bike leathers and on with his trunks and goggles.

Kerry’s life experiences help him add an extra layer of realism to his stories and his characters. For example, you’ll find the water-borne adventures of his action hero, Ryan Kaine, a former member of the Royal Navy’s Special Boat Services, as authentic and exciting as a night-time dip in the Bay of Biscay.

To find out more about Kerry’s books, read the first chapter of each book free, or contact him directly. 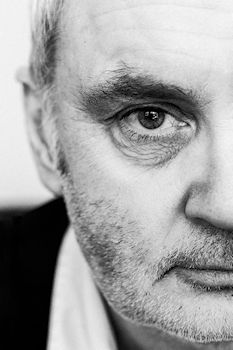