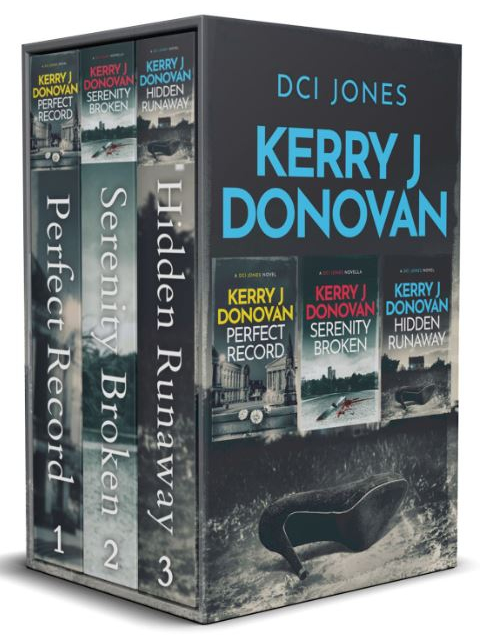 PERFECT RECORD:
DCI Jones is the veteran cop who refuses to lose a case. Sean Freeman is a jewel thief who’s never been caught.

When his mobster boss selects the Birmingham Museum as the next target, Freeman finds himself operating at the heart of Jones’s patch. The career cop versus the career thief.

There should only be one winner.

But then Freeman makes Jones an offer he can’t refuse.

SERENITY BROKEN:
On a sunny morning in a city park in Birmingham, a man lies dead in a pool of blood, his throat slashed.

Their only lead takes them to the door of Raymond Collins.

But Collins is missing and a race to prevent a killing spree begins.

In a desperate bid to trace the girl, the veteran detective teams up with female colleague Alex Olganski. Ignoring protocol and incurring the wrath of their seniors, the pair head to France and the suspected hideout.

But soon after making a grisly discovery, they discover there is a new threat to life.

Novels 1 to 3 in the DCI Jones series of page-turning crime stories with unexpected twists from bestseller Kerry J Donovan.