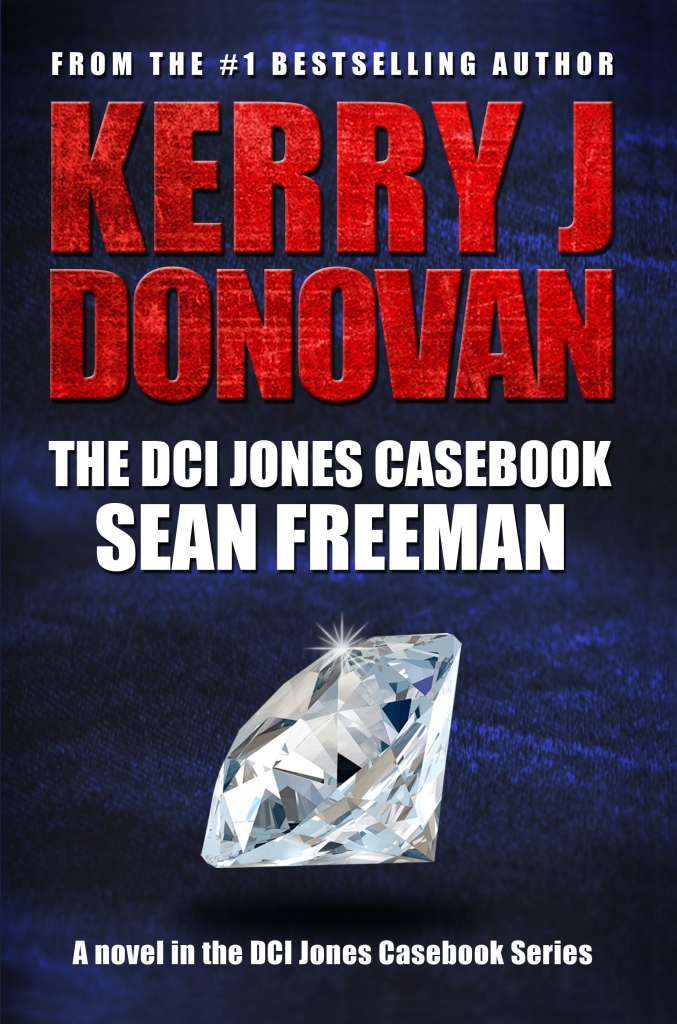 “Diamonds are nothing more than compressed carbon.”

Digby Bertrand ‘DB’ Parrish rapped the butt of his Montblanc on the table to silence the boardroom and turned to the final page on the agenda: Any Other Business.
“‘Arry. You found anyone yet?”
Human Resources Director, Harry Bryce—slim bordering on scrawny, with a huge overbite and Toby jug ears—wilted under the scrutiny. He opened his mouth but didn’t answer.
“Well?” Parrish kept his voice low. He learned long ago that a quiet voice in a big room could travel a long way if you carried a big stick. In Hutch, his ever-present pit-bull, he had a stick big enough to silence a roar.
Six directors of Parrish Enterprises Ltd—all competent, all men—stared at Bryce, their expressions ranging from studious concentration to relief. Each had been on the receiving end of Parrish’s interrogations and he liked to keep them sharp.

“Hutch. Am I speaking Russian?”
The blue-eyed giant with the muddy-blond hair rose from his seat in the corner of the soundproofed, electronically secure room and positioned himself at Parrish’s right hand. He towered over the table.

“No, Mr Parrish, you spoke English,” Hutch said, matching Parrish’s volume. “I could understand you perfectly.”
“So why ain’t he answering my questions, d’you think?”
“No idea, sir. Perhaps he’s deaf.” Hutch curled his fingers into fists, cracking his knuckles.
The hairs on the back of Parrish’s neck tingled at the narrow-eyed dread the noise induced in Bryce and the others. “Yeah, maybe that’s it. He’s gone fucking deaf.” Parrish jabbed the Montblanc towards Bryce. “‘Arry?”
“Yes, Mr Parrish?” Bryce’s voice cracked. He kept his eyes fixed on the pen.
“You deaf?”
“No, sir.”
Parrish looked up at Hutch, the only person he’d allow stand that close to him outside of a bedroom or a barber’s shop. “See, Hutch. He ain’t mutton.”
Hutch nodded. “I have to agree with you, Mr Parrish. There doesn’t appear to be much wrong with Mr Bryce’s auditory sense.”
“Yeah, right, but if that’s the case, why ain’t he answering?”
“Sorry, Mr Parrish,” Bryce mumbled. “I was trying to put my thoughts in order.”
“You ought to come to the boardroom prepared.”
“Yes, sir. Sorry.”
“Get on with it.”
Bryce stiffened his backbone. “We’ve tried hiring from within the organisation, but there’s no one as fits the bill, see. They’re either useless, past their sell-by date, or banged up. I trawled the other firms but none of the applicants was good enough. Not even close.”
“Fuck,” Parrish said. “Vacancy’s been open nearly a month. I want someone in place before I have to pass on another job. If I’d known it would take this long I might’ve given that piece of shit a reprieve.” Parrish nodded toward a vacant chair, the back of which rested against the table’s edge.
The directors looked anywhere but at the empty space.

Bryce found his voice again. “It’s not easy finding an applicant with that particular skill set, Mr Parrish. Cracksmen are a dying breed.” He flicked a glance at the empty chair, blanched, and soldiered on. “These days it’s all hacking, electronic locks, and money transfers…”
Parrish threw the Montblanc. Bryce ducked too late and squeaked as the fountain pen hit him below his left eye and bounced onto the tabletop.
“Don’t fucking tell me what ain’t easy, shit-for-brains!” Parrish yelled. “Human Resources is your responsibility. Or are you tellin’ me you ain’t up to it no more?”
Parrish’s gaze returned to the empty chair and wondered whether Bryce had pissed himself yet.
“N-no, Mr Parrish. It’s not that, see. I contacted the Locksmiths Guild last week but it took them an age to get back to me.”
“Why?”
“I-I don’t know. It took them a while to find the information.”
“Give Hutch the name of the tosser what dragged his heels. Hutch has ways of teaching people not to keep me waiting. Don’t ya, Hutch.”
The blond giant dipped his chin in agreement.
“Yes, Mr Parrish,” Bryce said. “All the relevant names will be in the personnel report.”
“So, what they say?” Parrish asked.
“Turns out they do have a bloke on their books who meets the criteria.” Bryce picked up the Montblanc and stretched to place it on the table in front of Parrish. His mouth turned up at the edges in a weak smile. “It’s just that I didn’t want to say nothing until we’d found him.”
“What you mean, ‘found him’? Where is he? Gone on his ‘olidays?”
Bryce shook his head. His shoulders twitched into a shrug. “That’s just it, Mr Parrish. Nobody knows. The Guild lost track of him a year or so back. He got into financial bother and they dumped him from their system.”
“Financial bother?” Parrish frowned. “Is he inside too?”
“No, sir. Nothing criminal. Bankruptcy. His business failed and he closed up shop and moved away.”
“Where from?”
“Redditch.”
“Where?”
Hutch leaned close and spoke. “It’s a toilet south of Birmingham, just off the M42.”
“How comes I’m only learning this now?” Parrish picked up the Montblanc and twiddled it between thumb and forefinger.

“My contact at the Guild only called late last night, Mr Parrish. One of my girls is working up a file on the bloke. I told her to call me when she prints it off.”
Parrish dropped the pen. “Give the bitch a bell. Tell her to pull her finger out her fanny and get me that file.”
Bryce pulled out his mobile.
“What’s this geezer’s name?” Parrish asked.
“Freeman, sir. Sean Freeman.” Bryce bowed his head and dialled.
“Right,” said Parrish. “I want him found—yesterday. Call in some favours from our favourite plods. This Freeman sort’s gotta be somewhere. Am I right?”
Seven directors nodded. Seven voices chimed out in unison, “Yes, Mr Parrish.”
Parrish waited a second before exploding. “Well? Why you all still sitting on your arses? Go find me Sean Freeman!”

To read more, buy the book in either Kindle or paperback format, and to be the first to know about new David Jones books, join The Friends of David Jones newsletter.