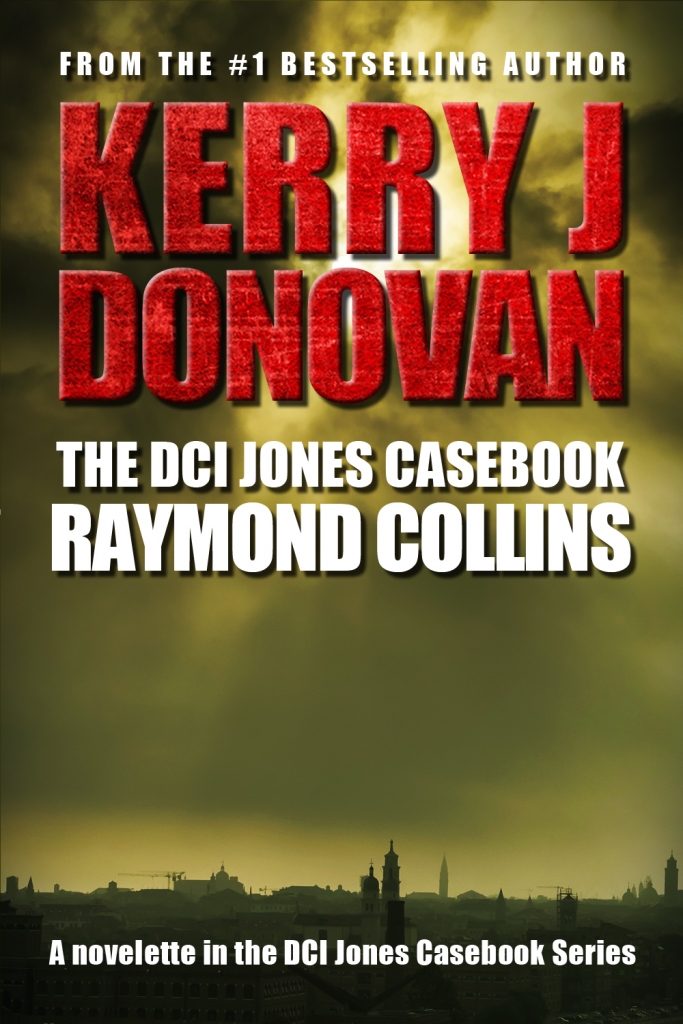 Birmingham, England, a sunny day in the city park. Children play, adults stroll--and a man lies dead in a pool of blood. His terrified fiancé screams for help.

A stroll in the park – Edgbaston, England

Ray Collins sat cross-legged on the park bench. He scratched behind his left ear, took a pull from a can of lager, and belched. “Pardon me, Mother!” he said to no one.
“Manners, Raymond.”
“Sorry, Mother.”
He raised the can to his lips, and after draining it in one long, gulping swig, he crushed it, stamped it flat, and skimmed it into a nearby mesh litter bin. The can clattered into the basket and landed on top of the other three.
“He shoots, he scores, never misses, never bores.” Ray punched a fist in the air to milk non-existent applause.
Wearing a contented smile, he reached into the plastic bag at his side, retrieved another can, and sighed. The last one. Breakfast nearly over, he belched again.
Ray glanced at his Rolex but didn’t have anywhere else to be.

On the next seat along the path, an old couple sat in silence, enjoying their own company, and the warmth of the late spring sun. The old dear smiled at him. That’s the trouble with being so handsome. Women, even the wrinklies, always looked twice.
Young lads kicked a football in a muddy goal area fifty metres away. Their laughter made Ray sneer. Stupid bastards, why were they so fucking happy?
A cute mum with big tits and wide, swinging hips pushed a baby buggy around the playground, laughing into her mobile. More bloody happiness.
In the distance, a young couple wandered through the trees.
Ray placed his hand on his chest, and said “Ah, young love.” He sprang up in a smooth, easy movement and stood on the bench seat. In a booming voice, he called out:

“How sweet the love that first blooms in youth,
It speaks not of heartbreak but unyielding truth.”

He chuckled, opened the final can, and threw the ring-pull into the bin. With the beer hoisted above his head, Ray offered a salute to the oblivious lovers. He rolled into an expansive bow, belched again, and covered his mouth with a hand.
“Manners, Raymond. I won’t tell you again.”
“Sorry, Mother. My bad.”
“Stand up straight. Don’t slouch.”
“Yes, Mother.”
Ray settled back on the bench and resumed his tuneless humming, pausing occasionally to suck on the beer.

The lovers continued their slow progress towards him. Ray’s gaze locked on the girl. A yellow blouse, tied at the waist, exposed a well-toned belly. Tight summer shorts showed long legs, strong and tanned, thighs smooth and firm. She was, without doubt, the most beautiful creature Ray had seen for many a lonely day.
“Fucking gorgeous.”
“Raymond, mind your language, you horrible boy.”
“Sorry, Mother.”
“I’m always ready with the bar of soap for that foul mouth, Raymond. Remember that.”
“Yes, Mother.”
Ray stood, dropped the plastic bag in the bin, and strolled towards the girl.
The gap between Ray and the couple closed to thirty metres. The proximity showed her beauty undiminished. He half expected to find a blemish, an imperfection, but no. The girl’s inner glow radiated towards him on a beam of sunlight, straight through his heart.
“Poetic, Ray. Have to remember that line.”
The girl, Beauty, laughed at something her brutish partner said and tilted her head back to reveal a silky neck—flawless. She wore her long dark hair loose. Flecks of red flashed in the sun.
Ray’s throat and mouth dried. He sucked more beer.
The couple turned left, heading towards the duck pond. Ray closed the gap to ten metres. The girl’s rear pleased Ray as much as her front. A firm, round arse stretched the fabric of her shorts. The youngsters shuffled closer, bodies touched. The boy’s left arm draped over her shoulder and her right arm bent around his waist, thumb hooked in the loop of his jeans.
They stopped. Ray stopped.
The boy leaned in. The girl’s head tilted up. They kissed.

Ray ground his teeth. Lucky bastard! He threw the now empty can into one of the rhododendron bushes lining the path. It bounced off a thin branch and fell to the tarmac at his feet.
“Raymond, what do you think you’re doing? Litter lout! This really is the final straw.”
“Sorry, Mother.”
He crushed the can flat underfoot, picked it up, folded it in half, and stuffed it into his jacket pocket. He’d soon pass another litter bin.
The couple continued along the path, descending until they reached the duck pond. They stopped again and leaned on a wrought iron fence, studying a pair of ducks bobbing for morsels. Ray closed to within five metres of the girl before stopping. The boy stood on the other side, but the boy didn’t exist. Didn’t matter. Only the girl mattered.

Raymond Francis Collins was in love. No doubt about it.
Straining to hear the couple’s conversation, he waited. The girl giggled at something the boy said about one of the ducks. Ray remembered a passage from a website, sidled closer, and fixed the girl with his winning, unbeatable smile.
“The males are drakes and females are hens,” he said and pointed at the birds. “Drakes have the bright, colourful plumage. As you can see, hens have more subtle, dull feathers. That’s to provide camouflage during the nesting season. Wonderful thing, nature.”
Staring deep into her eyes, Ray noted light orange flecks at the edges of her dark brown irises. Stunning. His heart fluttered when the girl smiled. Ray impressed her. It was obvious. The other guy, the boy, meant nothing to her.
Ray beamed back. All he needed to do now was rid her of the irritating bloke at her side.
The boy cut between Ray and the girl. “Thanks for the info, Mr Attenborough, but if you don’t mind, Ella and me want to be on our own. Okay?”
“Ella.” Ray repeated the name, to try it out for size. “Ella. Nice.”
It sounded like ‘stellar’. Ella, a star to shine bright in the heavens.
With Ella partially obscured from his view, Ray finally turned his full attention to the young man. Up close, he was big. Massive shoulders. Heavily muscled arms protruded from the short sleeves of his slim-fit shirt. He looked strong, threatening—scary.
Taller than Ray by at least two centimetres and much broader, he was also slow and unprepared.
“Watch him, Raymond. He’s dangerous.”
“Thank you, Mother.”
“What’s that?” Ella’s bloke asked.
Ray pulled his hand from his jacket pocket to pre-empt the man’s inevitable attack, and in one lightning movement, swept his hand upwards.

Metal glinted in the sun and bit into soft throat tissue.
The boy fell backwards.
The pair collapsed in a heap at the foot of the railings.
Ella screamed.
Her hair, now dishevelled, clung to the fence, a dark halo around her stunning face. Eyes widened in shock and terror, her scream continued.
Ray wanted to go to her, comfort her, and tell her she was okay now, safe, but all he saw was blood oozing through the boy’s fingers as he clutched at the gash in his throat.
“How the fuck did that happen?”
“Language, Raymond.”
“Sorry, Mother.”
The man’s mouth opened and closed, gasping in silence—a fish drowning in clear air. The confused expression turned to fear, his legs jerked, and his back arched. Skin paled. Movements slowed.
Ray tore his gaze from the blood and stared at the screaming Ella.
Small sprays of blood peppered her face and clothes. The furrowed brow and blotched makeup spoiled her beauty, killed the mood. Damn it, why didn’t beauty last?
“Stop it. Stop crying, bitch!” Ray shouted. “I did it for you, you ungrateful cow.”
Ray shook his head and frowned. He looked down at the object in his fist—the crushed beer can, bent double. A wicked point, where the crease had torn the metal, dripped red.

“What the hell?”
“Never mind, Raymond. Better be off home now. Need to change your clothes and get ready for school.”
“Yes, Mother. Did I do well?”
“Very well, my big brave soldier.”
“Thank you, Mother.” Ray turned his back on the distraught Ella. “Be back soon. Don’t go away.”
As Mother said, he needed to clean up before asking her out on a date. Manners were manners and Ray knew how to behave in polite society. Mother taught him well.